5 Easy Ways to Give Great Feedback

5 Easy Ways to Give Great Feedback

The big difference maker in a coaching relationship is the quality and frequency of the feedback given. When it happens infrequently, feedback feels a lot like getting sent to the principal’s office. In many work environments, staff members only hear feedback for the purpose of correction, so it’s easy to associate it with getting in trouble. Conversely, a successful coaching relationship integrates feedback on a daily, almost constant basis, and is just as focused (if not more so) on the positive than the corrective.

If you’re a manager who works with a sales staff or a front-line team, introducing more consistent feedback may feel very different than what you’ve been doing. It might feel a little awkward, unnerving, or overwhelming. Here are five easy ways to give great feedback that will make a difference for your team: 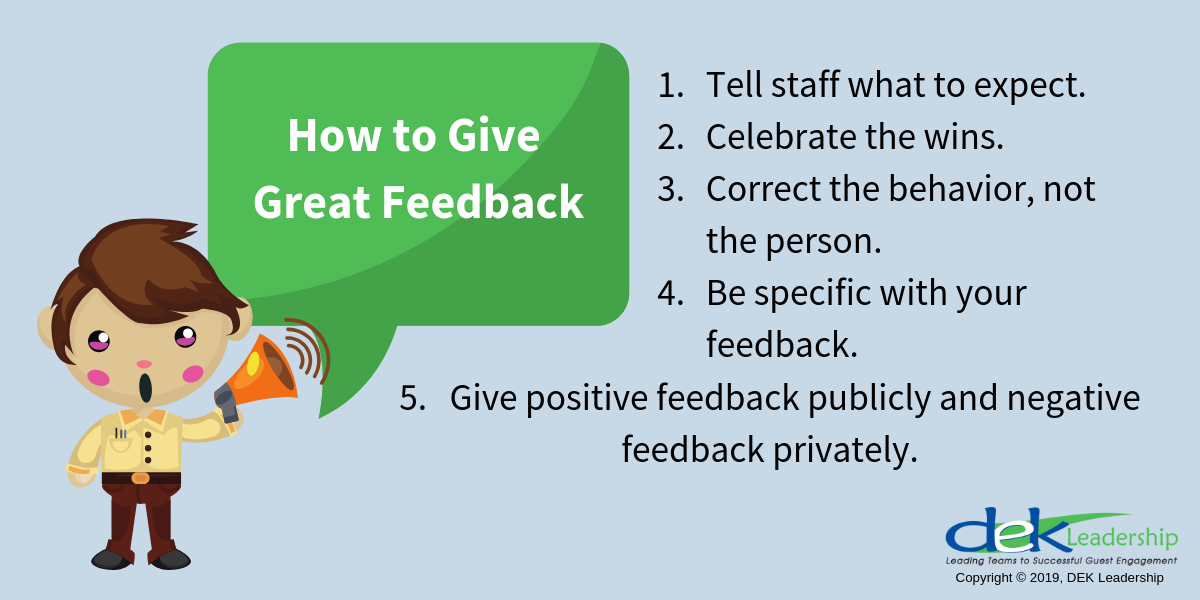 1. Tell them what to expect. Starting to give more feedback without any context will likely go over like a lead balloon, as your team is likely to interpret it as micromanaging. Using a benchmark to introduce this change in communication, like a morning meeting or a training program, allows staff to contextualize the feedback as part of an overall series of changes. That way they won’t be surprised or nervous about seeing management or coaching team members at the point-of-sale or around your site.

2. Celebrate the wins. You don’t want your team feeling like the purpose of training was to get them in trouble. Recognizing behaviors that are in line with what you want to see more of helps to reinforce for your team what success looks like—and that it is possible to achieve. Celebrating the wins every day, big and small, has many other benefits as well. Praising people for doing well builds trust and helps to make feedback a desirable and expected (maybe even coveted!) part of the day. Plus, your senior staff will have more fun catching people doing something right when they see the results!

3. Correct the behavior, not the person. Celebrate how amazing your team is when they do something right. When they miss the mark, clearly identify what adjustments should be made. People are far more likely to internalize negative feedback over positive, so framing the correction as being impersonal—and fixable—makes them more likely to implement without feeling discouraged by the entire process.

4. Be specific with your feedback. Whether positive or corrective, people take away more from specific feedback than they do from generalized comments. Instead of telling them “You did great today,” you could say “I noticed that you really took the time to interact with every single guest and find out which experiences would be the most valuable for them.” For areas of improvement, telling them exactly what doing it right looks like helps them to hit the mark. This way, you’re coaching them to a larger vision, one that everyone can celebrate together when they reach it.

5. Give positive feedback publicly and negative feedback privately. There are times where your feedback will be less than stellar, and may not be a simple matter of reaching a higher goal. There will be times you’ll want to address negative behaviors, complaints or discuss an issue. While it’s totally fine to talk about sales numbers or changes in verbiage in an open meeting, you should never bring up breaches of company policy in front of others. Have those conversations in a serious and timely manner, and preferably in a space other than the one where you hold meetings. Follow up any ‘coaching’ with more consistent coaching. This will reinforce that the target of the criticism is the behavior, not the person, and that you are truly interested in seeing positive change. 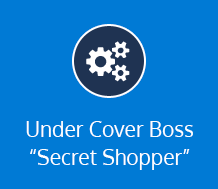